Joined 3 mo ago
·
1,403 Posts
Starfires, I'm glad he toted a broken VCR. Love it. And couldn't steal the humongous console TV from your childhood.

Even if a window isn't open, a dedicated thief or sex offender will easily just break a window and enter or kick in a door.

Joined 3 mo ago
·
1,403 Posts
When I was about 21, I began living in an old near-shack of a house on a half acre that my dad bought as an investment because industry was spreading that direction.

I came home from work one day to find everything I owned dumped out onto the floor in big piles. He had come in the back kitchen window, which he had broken out.

I couldn't tell what all was missing until I put everything back where it came from. He had taken a couple of old coins that were keepsakes, about $50 cash, and my white gold tennis bracelet, but worse of all, all my underwear as long as it wasn't a flannel gown. It was terrifying. Of course, I made a police report. I couldn't even sleep at night and would sometimes get a motel or drive all the way to my parents'.

When I had a friend over, someone did drive by one night (lonely road out there -- I only had on neighbor) making noise, whooping it up. I went out on the porch with a deer rifle my dad leant me.

It was two to four months later when there was a knock at my door at 3 a.m. in the morning. I was just certain it was the underwear thief. I was just terrified. Then they identified themselves as police officers and said I had called them. I had not called them. I later asked the neighbor if they had called them, and they said no. I didn't even know the nieghbors. So the thief himself is who called them.

During the conversation, the officer said, Well, at least you got your stuff back. And I said, No, I didn't. I haven't heard anything since it happened. He told me they had caught this 15-year-old boy giving away money at school. Upon investigation, they found multiple barrels of women's underwear behind his home where he lived several blocks away with his parents, according to them, a real rundown place. He told me who to contact. I had already replaced my tennis bracelet and some underwear. But when I went to get my things they recovered, it wasn't my things.

I started to relax a tiny bit. It was a kid. But I had been studying abnormal psychology since I was a young teen and already had an idea about some different types of criminals like that. Just enough to know it wasn't necessarily harmless.

Six months after the initial break-in, I came home to find it had happened again, just like the first, except I guess something spooked him because he threw the pillowcase full of underwear in a gutter on the property. But he did two other things that made me more terrified. He cut the cord to my phone, and he stole my dad's deer rifle.

I was so upset. I spent the evening getting hammered and being mad and then at 4 in the morning, unable to sleep anyway, I went downtown to the main police station and asked to see a juvenile detective. Miraculously, they had someone there and let me talk to them.

Back in those days, printers were the kind that printed off on one continuous sheet, and he printed out this kid's record and it was literally six pages long. They couldn't do anything with him because he was still a minor. I told them I wanted him out of state. I mean, I knew kids in high school who went to juvi prison. And I knew there were different types of psychiatric places. Anyway, I just begged them to put him somewhere out of state at least. Then a friend of mine told her brother about it, who was in some business that had something to do with juvenile detention, and he actually somehow got it done and sent him away.

It was a lot of years before I could sleep well at night. I mean, even as a child, I was scared at night, so this was just piling on that. My dad got another property away from there but still in the country (my dad liked buying cheap properties his whole life). So I had to drive a lot further to work and to go out clubbing. But still it was a relief to get out of there. I wasn't ever sleeping well at this place either, but there was at least a little general store a half block away that if worse came to worse, maybe I could yell or run out the door and go that way.

I never did see this kid, but when I first found out it was a young kid, it made me suspect every teenager boy I knew and act cold to them. Just in case. And I knew a few from working at the record store. I went to the hearing hoping to learn something, but they settled before it started, so I never laid eyes on him.

Ever since then, I have tried to find him on google or in criminal databases, with no luck. He has a fairly uncommon name. Once the profiling research started coming out in book form, I realized this kid was probably a budding sex offender.


"“The bill is the subject of a massive misinformation campaign by MAGA/QAnon,” Wiener posted. "

REALLY, I think the entire ARTICLE is complete misinformation, and yes it IS legalizing pedophilia. Again, WHAT THE HELL IS WRONG WITH PEOPLE?
G

Joined 4 mo ago
·
49 Posts
When I was 12, someone broke into our house and stole our TV and he went thru my brother's records and cherry picked the best ones. He's still annoyed about the signed Iron Butterfly album.

Joined 3 mo ago
·
1,403 Posts
Yeah, my roommate's future husband stole I signed album that I am still pissed about.
I 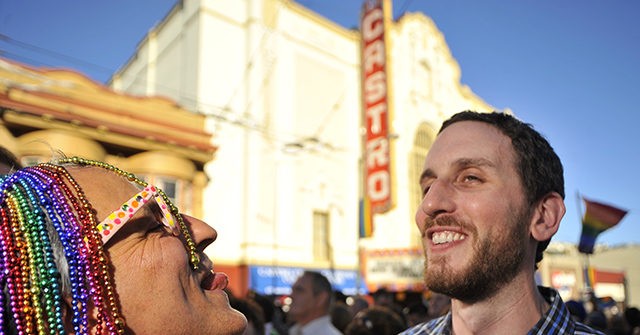 If true this is absolutely disgusting. But, these pedophiles still face federal prosecution which carries up to 30 years in federal prison. There, there is no parole.

Joined 2 mo ago
·
787 Posts
What.the.hell. 😣 This couple kept their 7 year old daughter in a cage in the basement. 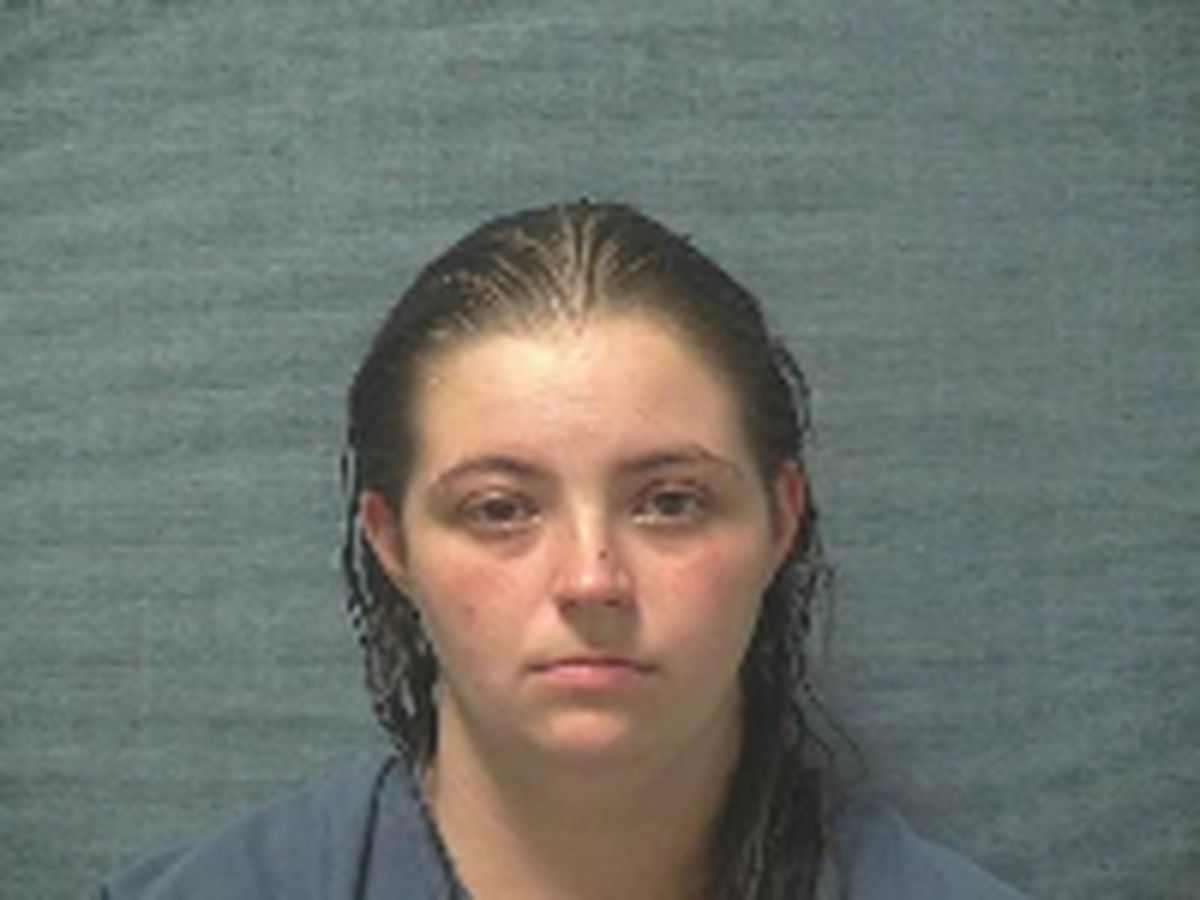 I think it's called being human.

Cletus said:
30+ years in the same rural home, and we still don't lock the doors. None of our immediate neighbors have ever been victimized either.
Click to expand...

When I found TAM way back when my wife and I had just recently moved to a small rural town on eth edge of the outback, from a trendy Latte drinking inner city suburb.

We'd always locked our doors, windows and cars, yet this place the norm was for people to never lock anything, including their cars on the street. While many would even leave their cars unlocked and running with the air conditioning on during the dry summers, where days and weeks of 45+° Celsius (113+° Fahrenheit) temperatures were common.

Break ins and theft were not a significant problem at all, although livestock and machinery theft was not unheard of. Crime in that neck of the world, tended to be centred around drug use and domestic violence With a murder occurring in the next street over from us on one night, when some guys wife stabbed him to death in that street.
K

Joined Jun 30, 2010
·
2,786 Posts
A tragic story out of Louisiana in the aftermath of the recent hurricane. This is so tragic. How could this be allowed to happen? Please read the attached report in the link for the details.

Joined 3 mo ago
·
1,403 Posts
It's just scary, isn't it? It is for me. The county can throw anyone into a nursing home even if the family doesn't want it. I had it happen to my mom. It terrifies me the neglect there.
K

DownByTheRiver said:
It's just scary, isn't it? It is for me. The county can throw anyone into a nursing home even if the family doesn't want it. I had it happen to my mom. It terrifies me the neglect there.
Click to expand...

They were left with no food, water, or electricity to lie in their beds in their own filth with no help from anyone. Thank God, Crowd Source Rescue saved them. The obvious neglect on the part of multiple local and federal agencies that allowed this to happen is criminal. I heard a radio report this morning that the Attorney General of Louisiana has now stated that he will be conducting an investigation to get to the bottom of it. I do hope he investigates and this doesn't just get covered up.

Personal said:
I think it's called being human.
Click to expand...

It's called be a sh*tty human -- there are TONS of people who I'm sure are outraged by this --- allowing minors to have sex with adults, but I guess it's OK under the guise of LGBTQ freedoms.
I have nothing against LGBTQ folks at all -- live and let live, but this is just outright BS.
K

Personal said:
I think it's called being human.
Click to expand...

No, it is normalizing pedophilia.

karole said:
No, it is normalizing pedophilia.
Click to expand...

Since the topic is crime as a general thing, I find it odd that you quote my post and claim it is normalising pedophilia. When my post and @jlg07's post, which I responded to makes no mention of it at all.

DownByTheRiver said:
Everybody should lock their doors. All it takes is one addict (upperclassman) or one drunk (underclassman) or one mentally ill person (faculty) who just happens to be where you are living.
Click to expand...

I never lock the door. Results in more repairs after the break in (which hasn't happened in 25 years).

Joined 3 mo ago
·
1,403 Posts
These stories are related only in that everybody should have known better.
NY releases an m13 gang member still wanted by the FBI.

https://twitter.com/i/web/status/1305977609952653314
The notorious Chicago DA Kim Foxx of Jussie Smollett fame
releases man with ankle bracelet who then does a mass shooting.

"Chicago Police Supt. David Brown said, at the time of the shooting, Jordan was on electronic monitoring on a prior gun charge, and has seven previous felonies on his record."

A Melbourne police officer has been suspended for his involvement in a violent arrest that left a mentally ill man in an induced coma.

Police brutality... and its fair to be charged for it - yet I can't help but laugh when the car bumped him, made him bounce and he landed on his ass lol, watch and see lol
61 - 80 of 102 Posts
Join the discussion
Continue with Facebook
Continue with Google
or sign up with email
About this Discussion
101 Replies
18 Participants
Last post:
C.C. says ... 23 h ago
Talk About Marriage
A forum community dedicated to married life between you and your spouse. Come join the discussion about love, romance, health, behavior, conflict resolution, care, and more!
Full Forum Listing
Explore Our Forums
Coping with Infidelity General Relationship Discussion The Social Spot Sex in Marriage Going Through Divorce or Separation
Recommended Communities